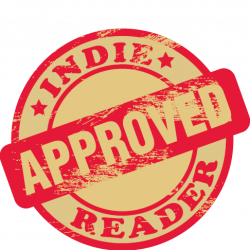 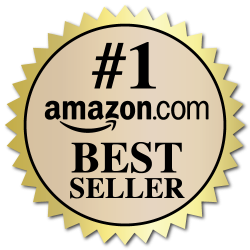 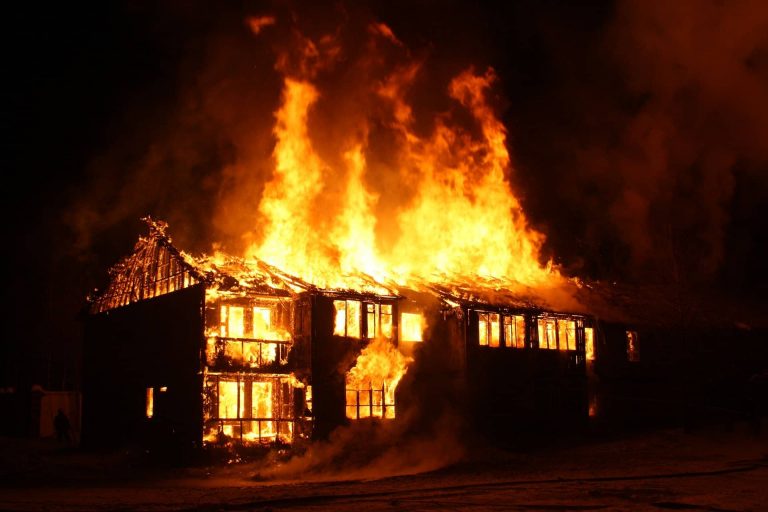 A Memoir of Hope and Overcoming Adversity

A story of tragic loss and healing faith, Beautiful Ashes is the compelling account of Shelly Edwards Jorgensen’s quest to uncover family secrets and to survive the truth. After her mother’s tragic death in a house fire, fifteen-year-old Shelly is driven to seek answers. A silent witness to her father’s abuse, she fears sharing her deep-rooted suspicions in her alcoholic father’s role with authorities might risk her own life. As lies unravel, Shelly finds inexplicable comfort in hope-filled messages from her deceased mother, and unexpected answers to prayer. Though she attempts to flee her father’s home, she is forced to return as prosecution’s key witness against her father.  In sharing what she knows with the jury, she loses both parents.

Desperate to be loved and have a family, she finds she can’t just walk away from her past alone. Time after time, God places inspired people in her life, who help her dismantle old lies and face lingering wounds with the Savior’s help. Forty and single, but finally recovering from her past, Shelly finds love. Handsome Glenn Jorgensen is everything she wanted, and her wedding can’t come soon enough. But when serious medical complications arise on her honeymoon, her faith in God’s goodness falters. Once more there are secrets Shelly is terrified to expose. Will she find faith to rise from the ashes once more? 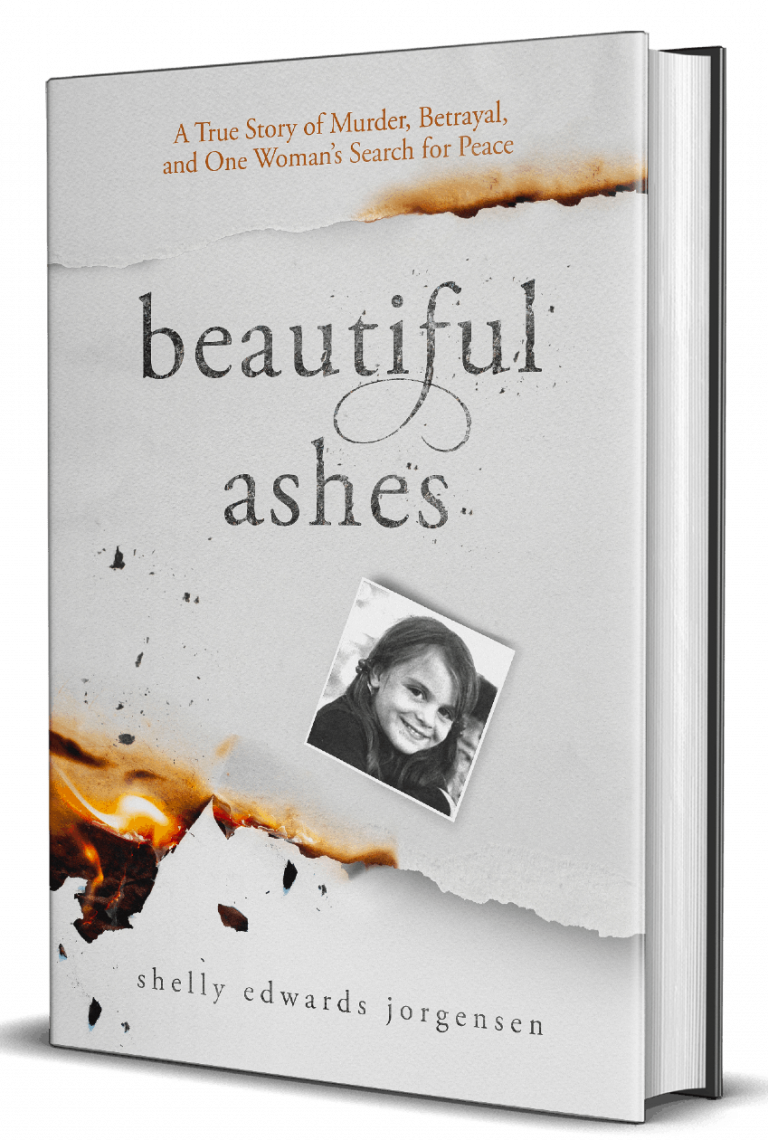 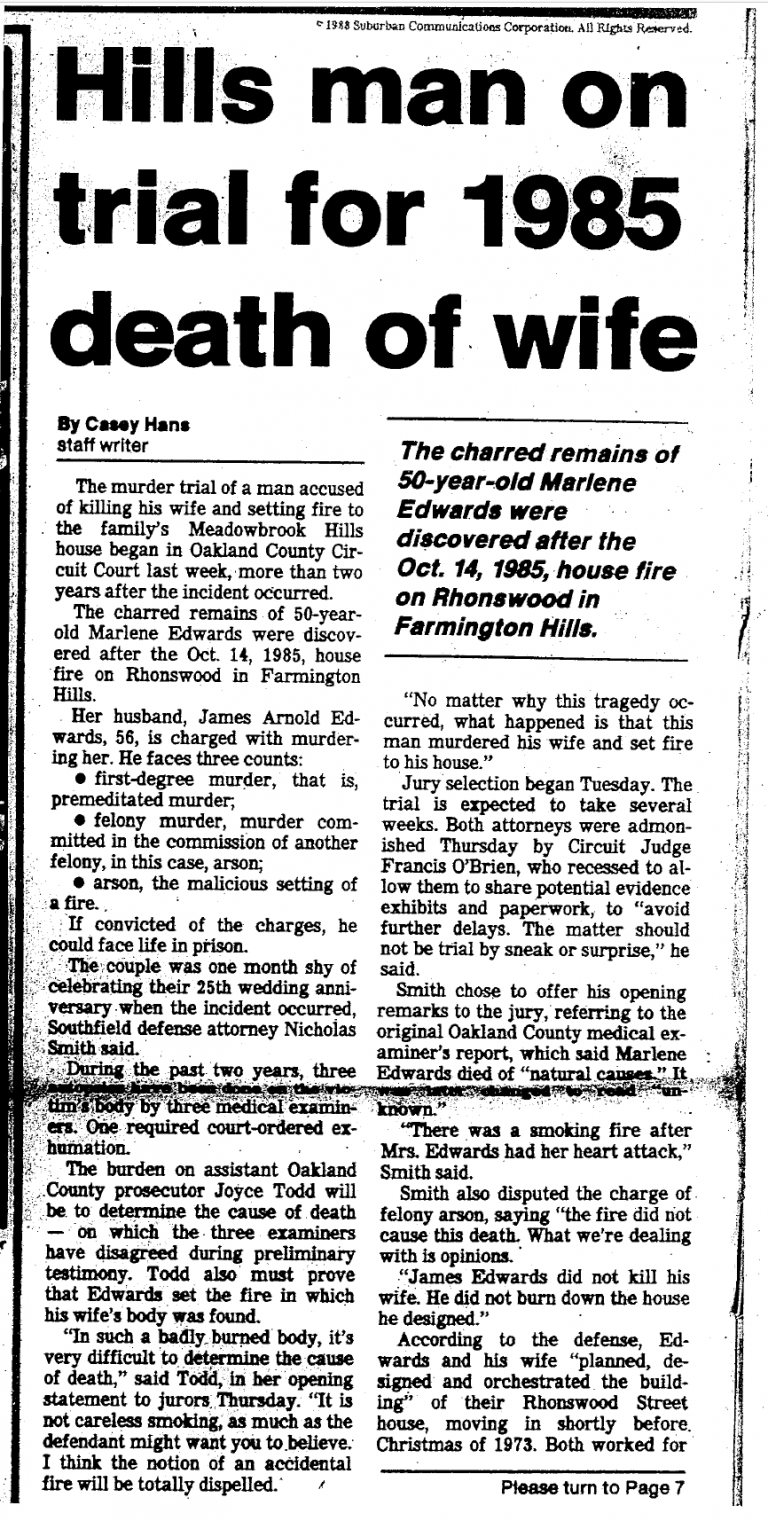 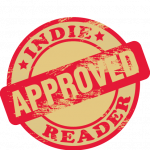 BEAUTIFUL ASHES is a compelling memoir—filled with unimaginable conflict, drama, fear, and abuse—which Edwards Jorgensen narrates with utter candidness and sincerity. Pivotal reflections of her childhood paint a disturbing picture of a young girl living with an abusive, alcoholic father and a mother who nevertheless stays with him. The author skillfully filters in snippets of her life prior to her mother’s death that are relevant to, and a sign of what comes later. Her insightful introspection throughout the book helps the reader understand what she experiences, how she deals with it at the time, and how she deals with it later in life. Edwards Jorgensen bares it all—her pain, frustration, torment, anger, guilt, shame, and happiness—and she does it with grace and humility.

After her father goes to prison and Edwards Jorgensen becomes virtually parentless, she tries to break the bonds that have held her in such a chaotic emotional state all these years and live a “normal” life, but the obstacles thrown at her make this difficult. While presumably most readers have not experienced anything remotely close to what the author has, her proficiency in conveying raw, intimate emotions via the written word make it easier to relate to her story. After years of dealing with serious health issues, including clinical depression and PTSD, Edwards Jorgensen realizes that she may have lost her health, but she has not lost her ability to love and be loved. This transformation would not likely have taken place without her ability to forgive, sobering self-discovery, a heightened relationship with God, and the love of a good man. She shares this personal aspect of her life with deep contemplation and candor.

The author’s skill in writing vivid, descriptive detail is impressive. She transports readers back to specific moments in time by recreating each scene with striking but often painful detail. The guilt she feels over her mother’s death—that somehow it was her fault, that she should have and could have done something to prevent it—is heart-wrenching. Edwards Jorgensen’s perceptive words throughout this beautifully-written book enable readers to fully understand what she has endured throughout her life, the emotional impact it has on her, and how it affects her later on.

Shelly Edwards Jorgensen expertly weaves together details of her troubled childhood that culminates with the horrific death of her mother. The candor and graciousness in which she tells her story in BEAUTIFUL ASHES make this memoir a fascinating and compassionate read. 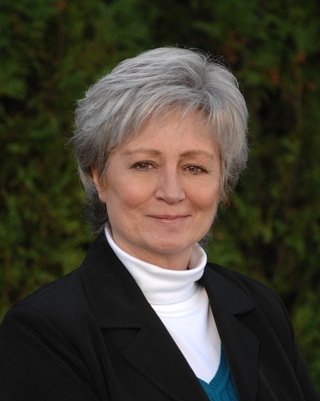 Florence Osmund
Indie Reader Review
“No one lives a life void of heartbreak or trauma. Hope is found not in escaping pain but in the healing journey with Christ. This honest and vulnerable story doesn’t just talk about the power of forgiveness; it shows how to get there.

No one story is the same, but readers can find inspiration in learning about someone else’s journey—a journey like Shelly’s.”

Ganel-Lyn Condie
Best-selling author, motivational speaker and host. She is a mental health advocate & social commentator known for inspiring others with her unique honesty, authenticity and spirit.
"The title, Beautiful Ashes is a brief snippet from Isaiah’s promise that God can create beauty from the ashes of our life. This compelling and very personal narrative, filled with the raw pain found in betrayal, abuse, and abandonment, testifies that God is there in our deepest despair.

Shelly’s brave journey as a child, teen, young single woman, and then married is interspersed with snippets of light and love from this world and other worldly sources. One cheers as Shelly makes her way from the depths of debilitating emotional scars and physical ailments to healing and wholeness she never knew existed."

Not only is this a very compelling story, narrated with elements of suspense, shock, and redemption, it's a testament of the Savior's power to heal. I loved the idea that God was watching over Shelly all the time--even in the harshest, most painful extremities of her trials, and that he had a plan for her.

Wow. I found myself desperately rooting for her!

I love knowing that there's no depths that are too low for the Lord to come get us." 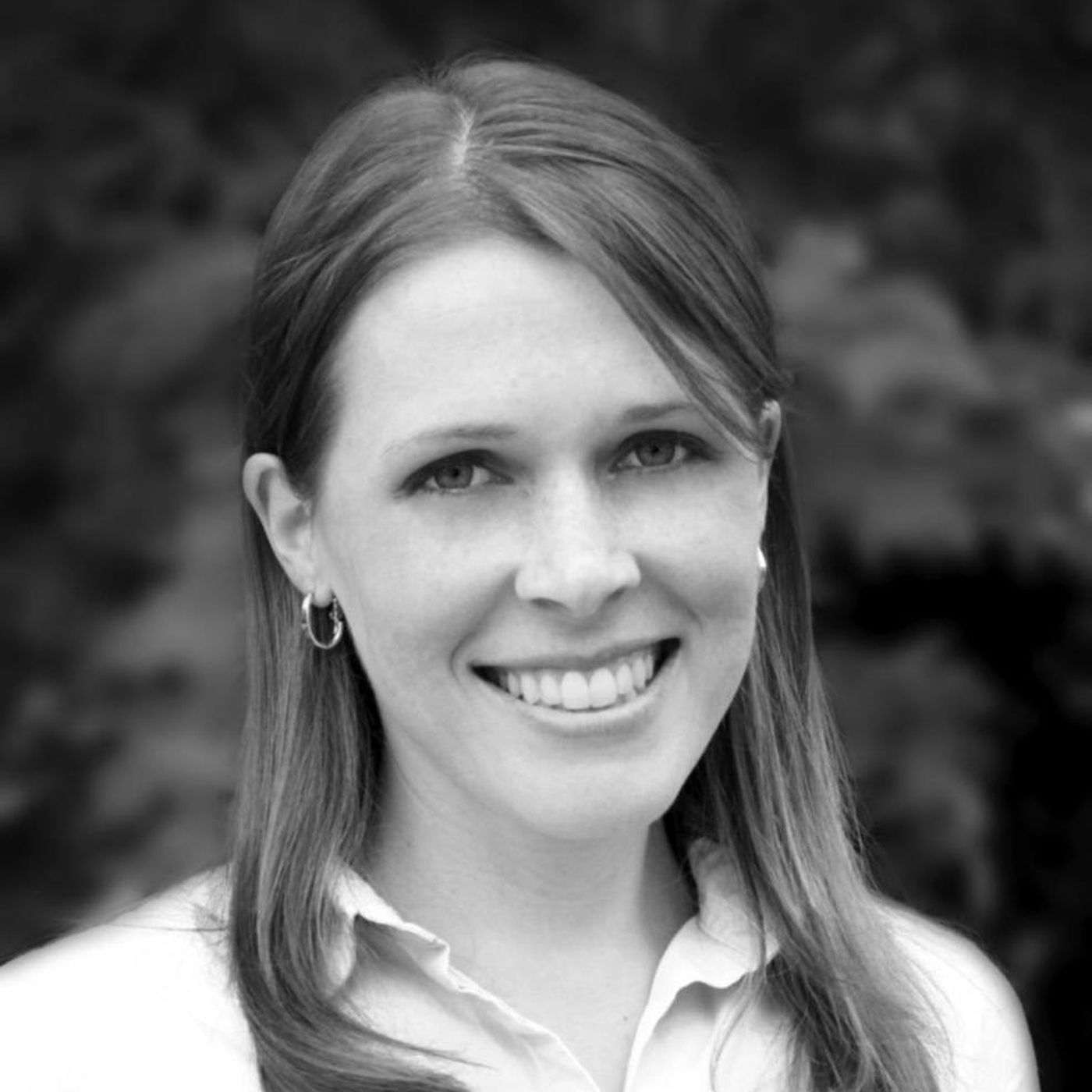 Beautiful Ashes is beautiful indeed, for the light it shines on something so ugly and for the deep humanity of the writer. I could not put it down, and wore a pencil down underlining phrases and paragraphs. This book is riveting, relatable to anyone who has been terrorized by an abusive family member, and insightful and inspirational to all.

Thank you, Shelly, for writing this remarkable book that is already a classic in the field of domestic abuse. 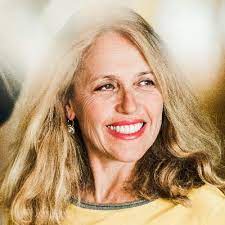 Patrisha McLean
Founder and President
Finding Our Voices: Breaking the Silence of Domestic Abuse
"Sometimes you meet a lovely person, and you learn a little bit about their life story and think: That’s too much for any one person to bear; those circumstances would break anyone, and yet this person is standing in front of me offering the world their love and acceptance. Then you realize that you have encountered an exceptional and heroic person.

Shelly’s story is a compelling memoir of a life filled with hardship — extreme loss, betrayal, abuse, assault, and incredible medical difficulties that still continue to this day. But it’s also a triumphal story of faith and love and patience and bravery and hope and therapy. It’s a story about what it means to face your past, to do the work of becoming emotionally healthy, to build a thriving family, and to develop a relationship with God.

How lucky we are that Shelly is willing to share her story."

Gabrielle Blair
Author of award winning lifestyle blog "Design Mom"
“Beautiful Ashes by Shelly Edwards Jorgensen and Rebecca Shurtleff is a remarkable story of patience, persistence, and ultimately, the manifestation of the hand of God in all things. It is a true story, immersive and well told. The intimacy of the writing touches deep emotions, then rises from the ashes of adversity to inspire and bring hope." 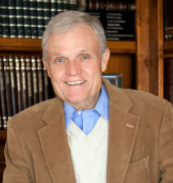 Kieth W. Merrill
Academy award winning film producer and author of Color of Miracles and The Immortal Crown
"Beautiful Ashes is a heartbreaking and unique memoir. In my opinion, it is a compelling read about the surviving struggles and conflicting feelings of guilt, loneliness and self pity of a young woman whose alcoholic father murders her mother and burns down their home.

It saddened me to see how the system failed to protect Shelly and her sister after the death of her mother. At the same time, I was glad to see how her young friends became her social and emotional support.

I was inspired by the comforting feelings of hope Shelly found through prayers and renewed faith in God."

Silvia H. Allred
First Counselor of the General Relief Society Presidency 2007-2012
"I believe there are some stories that all people should “witness” — movies like “Schindler’s List” and other accounts of real experiences that help us as humans understand to some degree and have empathy for the challenges people endure. Shelly Edwards Jorgensen’s memoir is one of these true stories.

Truthfully, I wouldn’t have continued reading it after the first few chapters except I had agreed to review it. Her reality was so hard to read—not because of the writing but because of the events described. It is worth the harrowing journey.

I’m grateful I stuck with it. In her account Shelly describes her descent into the valley of shadow and how the light of Jesus Christ and His restored gospel helped her find a healthy path out. The healing and comforting power of Jesus Christ’s Atonement is brightly evident in the challenges and suffering Shelly endured—and how she was lifted by what He endured.

As a YSA Bishop, ethics professor, publishing board member, and as a fellow sojourner in mortal life, I highly recommend this book. Stick with it. Know that the heroine succeeds in the end because of the Hero. He truly does provide “beauty for ashes”."